Do you sometimes feel like the weird edge case pictured in figure 9.1? Do typical graduate destinations such as large multi-national corporations, not really make you want to Shake Your Thang? (Isley, Isley, and Isley 1988) 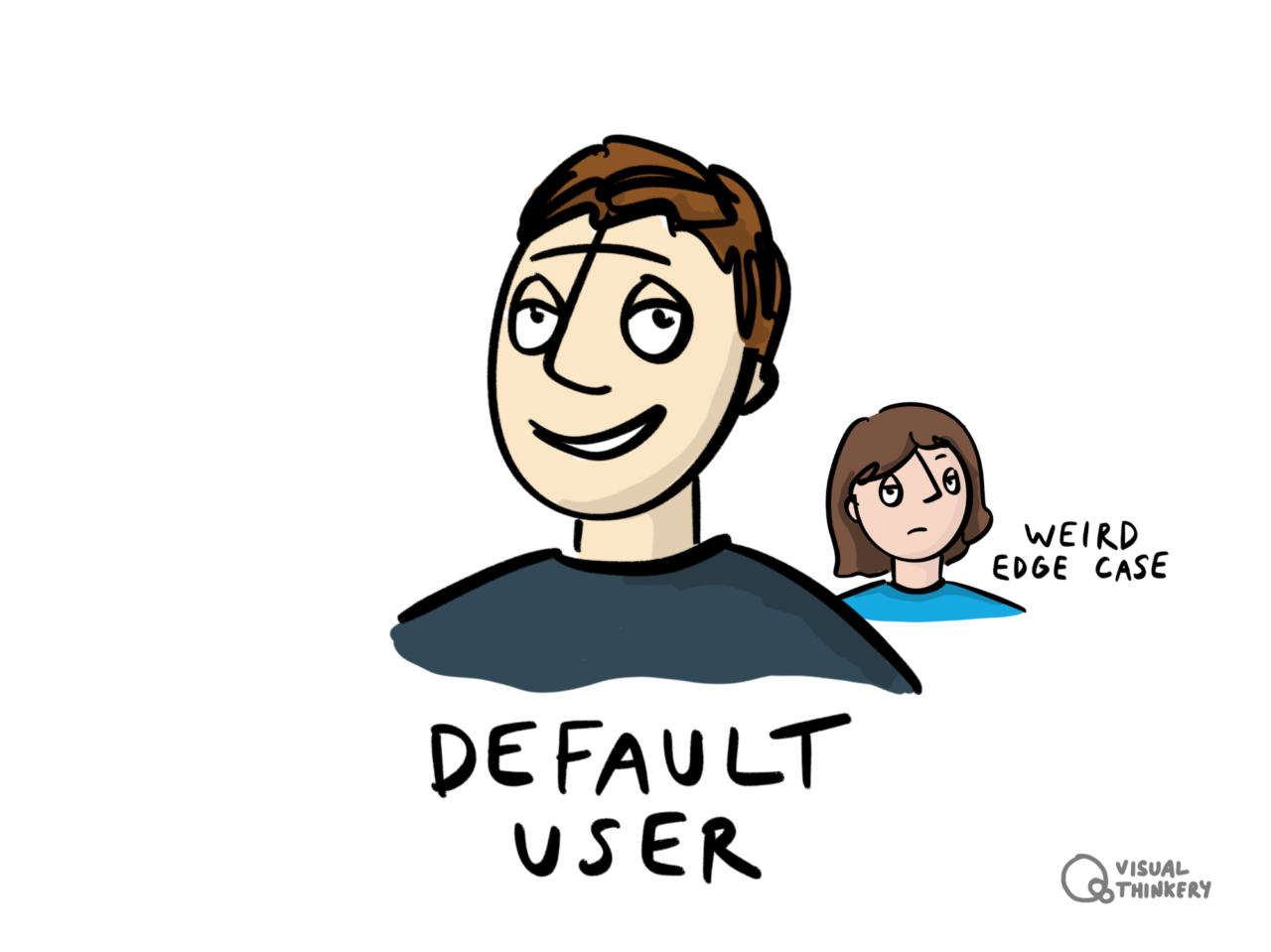 Figure 9.1: Are you a weird edge case? By default, many graduates choose a graduate scheme with big brand, often a blue-chip multinational employer. While working for these kind of employers has many benefits, they are not the whole story. This chapter looks at some of the alternatives. Default user by Visual Thinkery is licensed under CC-BY-ND

Broadening your initial job search described in chapter 8 will open up more opportunities on your horizon. This chapter will broaden those horizons and get you to think about some of the less obvious options, because I love weird edge cases and you should too. 😻

Many technology jobs exist outside of technology companies, (Assay 2020) because a lot of software is written to be used rather than sold. Consequently, many employers create bespoke software to fit the needs of their business. The people who build it are often employees, rather than people employed by a technology company. In the United States for example, ninety percent of IT jobs are outside the traditional tech industry. Technical jobs outside the technology sector often have the advantage of being more accessible than those within a very competitive technology sector. (Markow, Coutinho, and Bundy 2019) 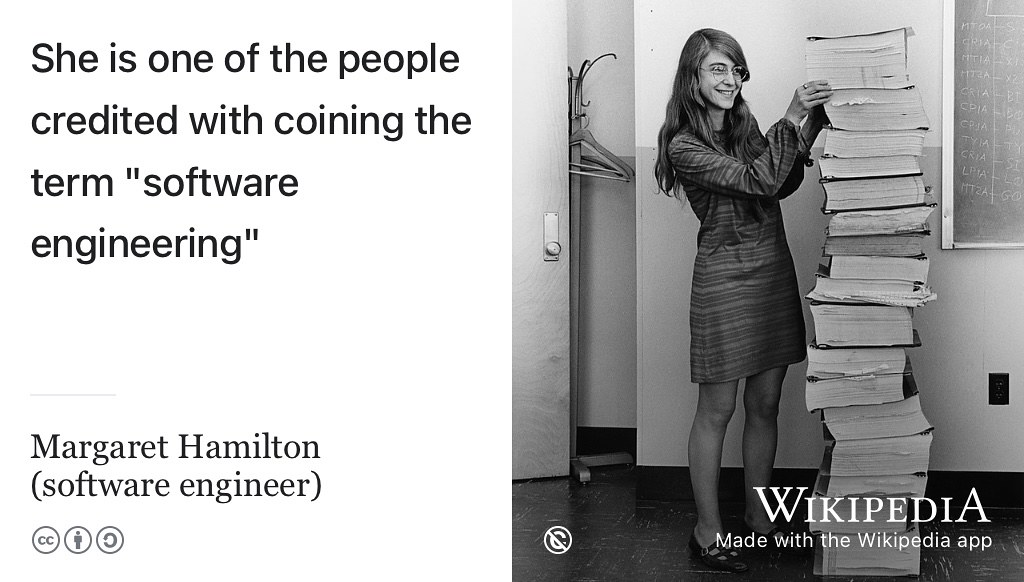 Figure 9.2: The role of software engineer has been around for a long time but there are plenty of other roles for computer scientists beyond software engineering. Margaret Hamilton in 1969 standing next to all of the printed code for the navigation software that she and her MIT team produced for the Apollo Guidance Computer. Public domain image via Wikimedia Commons w.wiki/3YJW adapted using the Wikipedia app

Software engineers (or software developers if you prefer) are one of the most popular roles for graduates (see e.g. figure 5.7) but there are plenty of affiliated roles that computer scientists go into besides software engineering.

What do these roles entail?

There are plenty of roles in computing working in research, either in computer science, or working alongside natural scientists, such as Physicists at home.cern or conventional scientists working at the laboratory bench. For example, there are lots roles in research software engineering (RSE), using software engineering to facilitate better scientific research, see society-rse.org.(Woolston 2022) For example, CERN employs ten times more engineers and technicians than research physicists, see figure 9.3. For physicists to understand the data that pours off the Large Hadron Collider (LHC), you need armies of engineers to enable the scientists to do their work. A lot of those engineers are working on hardware and software, and many of them won’t be physicists. (Hull 2020) 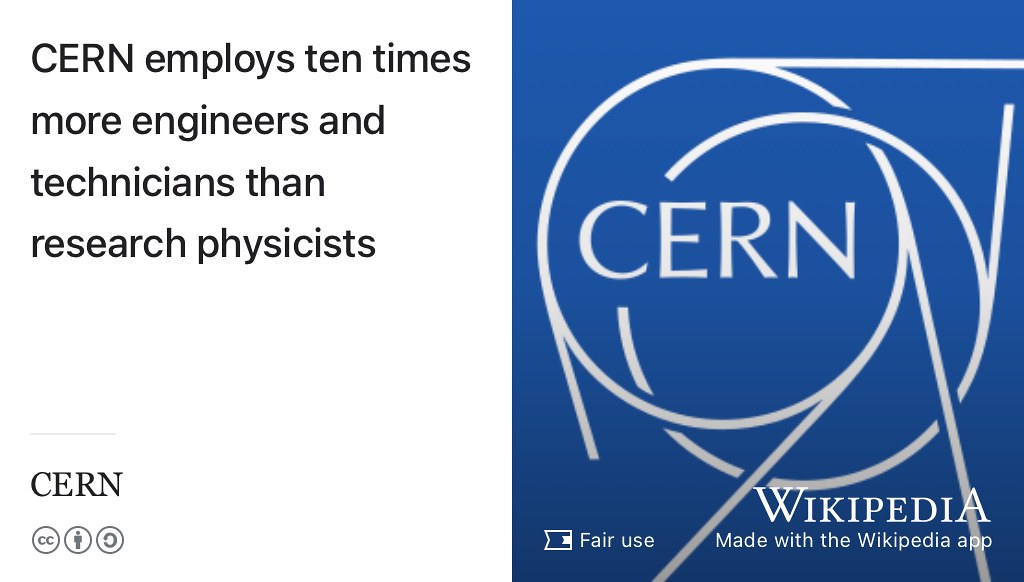 Figure 9.3: Many scientific laboratories like CERN employ lots of software and hardware engineers. Computation isn’t just a fundamental part of physics, it is key to all the natural sciences so wherever you find scientists, you will also find (research) software engineers. Fair use image via Wikimedia Commons w.wiki/4qmF adapted using the Wikipedia app

An non-exhaustive list of laboratories from the UK and Europe that employ computer scientists is shown below:

These are mainly UK opportunities, but it is a similar story around the world. Many Universities and research institutes have summer internships for computer science students working alongside researchers. For example, at the University of Manchester, summer vacancies tend to be advertised each year around April/May. Wherever you are, speak to the head of a research lab you’re interested in. Ask them if they have plans to take on summer students.

We definitely need more Research Software Engineers! Great interview in @nature with our former President Paul Richmond (@gpu_mondus) on the vital role of #RSEng in research. @ResearchSoftEng is here if you want to find out more or join our community: https://t.co/OCWnhcHyFy https://t.co/DNxc4DLNKu pic.twitter.com/PMrgHguHlT

Computer scientists wield tremendous power in the twenty first century. We know that: 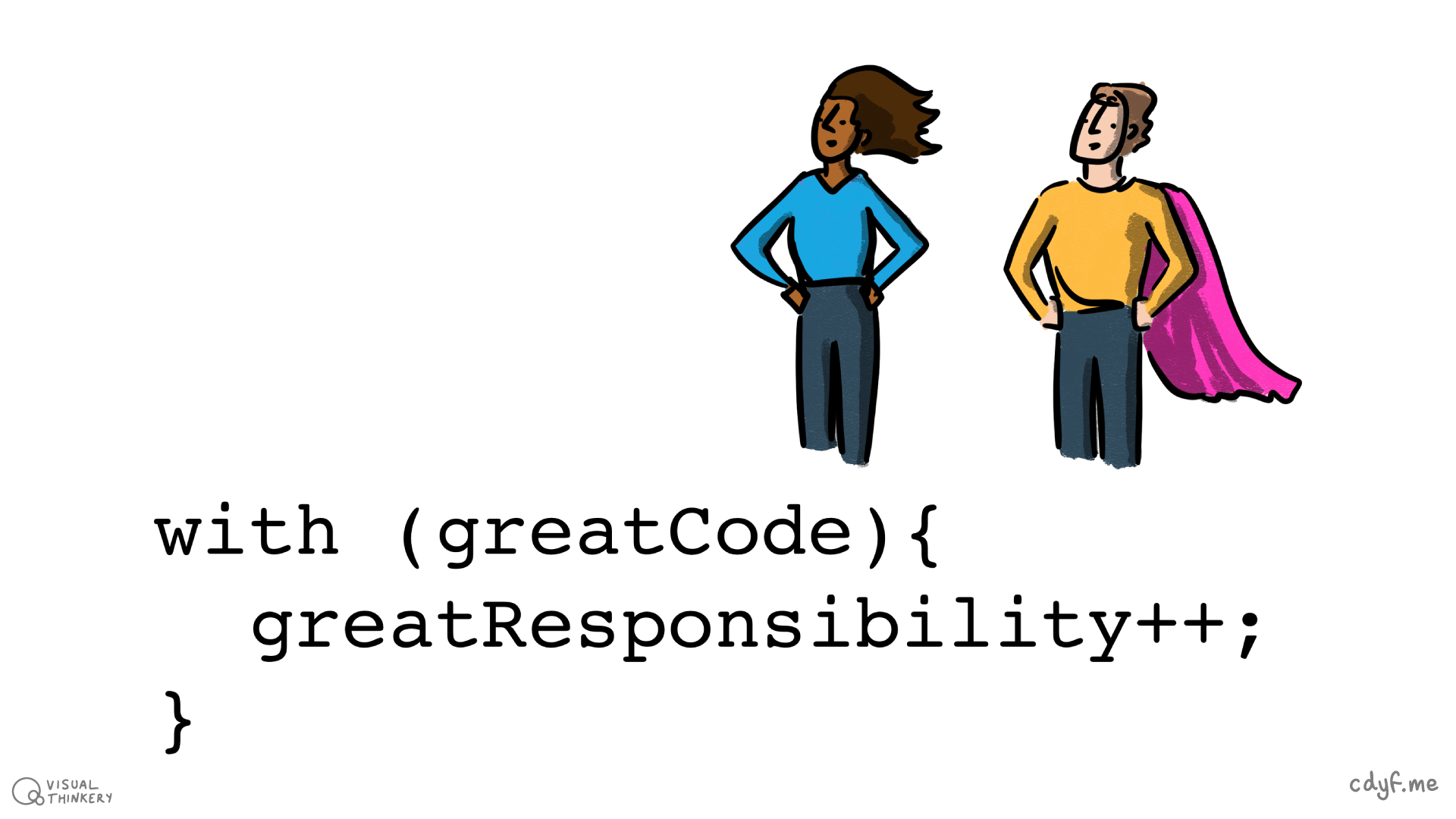 Given the growing power of computing in the twenty-first century, computer scientists have a duty to society to use that power responsibly and justly. How can they do so? Do computer scientists need to sell their soul to the highest bidder? How can computer science be used to make the world a better place, not just making rich people richer? Lets look at these in turn

You will sometimes hear people saying you need to sell your soul to get a job, shown in figure 9.5. See for example: 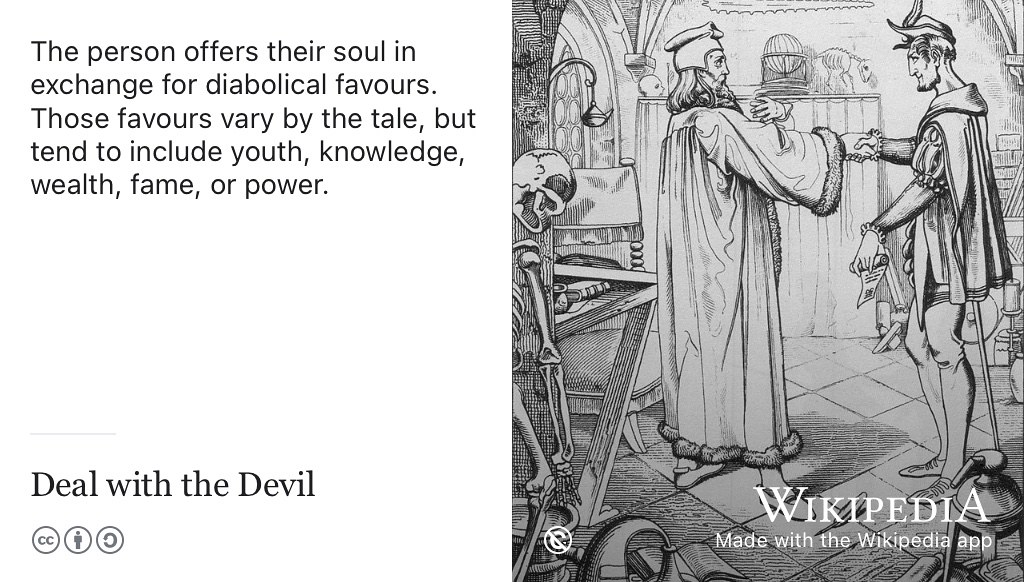 Figure 9.5: In European folklore, doing a deal with the devil is a motif that recurs in culture. Wealth, power and knowledge are some of the items that might be traded for a persons soul as part of diabolical deal. Will you need to sell your soul to the devil to get the job you want? Public domain image of an engraving by Adolf Gnauth showing Faust doing a deal with Mephistopheles on Wikimedia Commons at w.wiki/3zio adapted using the Wikipedia app 😈

So when you’re searching for jobs and researching potential employers, one of the first things you need to find out is what the values and ethical principles of an employer are, see section 8.4. This is a quick way to evaluate what makes an organisation who they are. Most employers publish their values and ethics openly, here’s a small selection to give you a flavour: 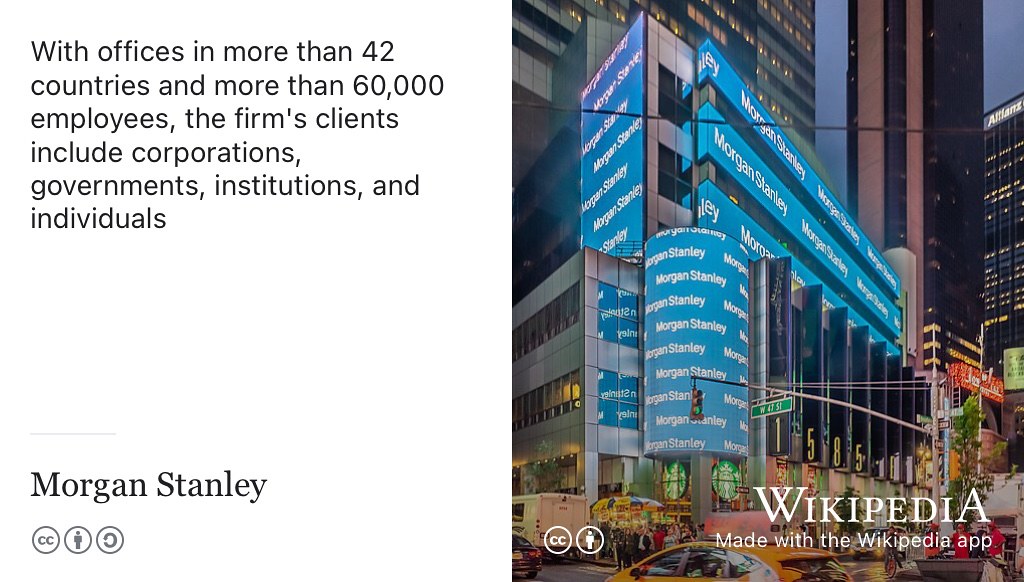 Let’s look at Morgan Stanley (figure 9.6) as an example, I’ve chosen these values because they are brief and self-explanatory. Morgan Stanley’s values are to:

Look at these values carefully, or choose the values of another employer you’re interested in. What do they mean to you?

Do an employers words match their actions? The words Don’t be evil are easy to say but harder to action. Good intentions are often easier said than done.

So back to our original question, do you have to sell your soul?

The human race faces some huge challenges in the 21st century: 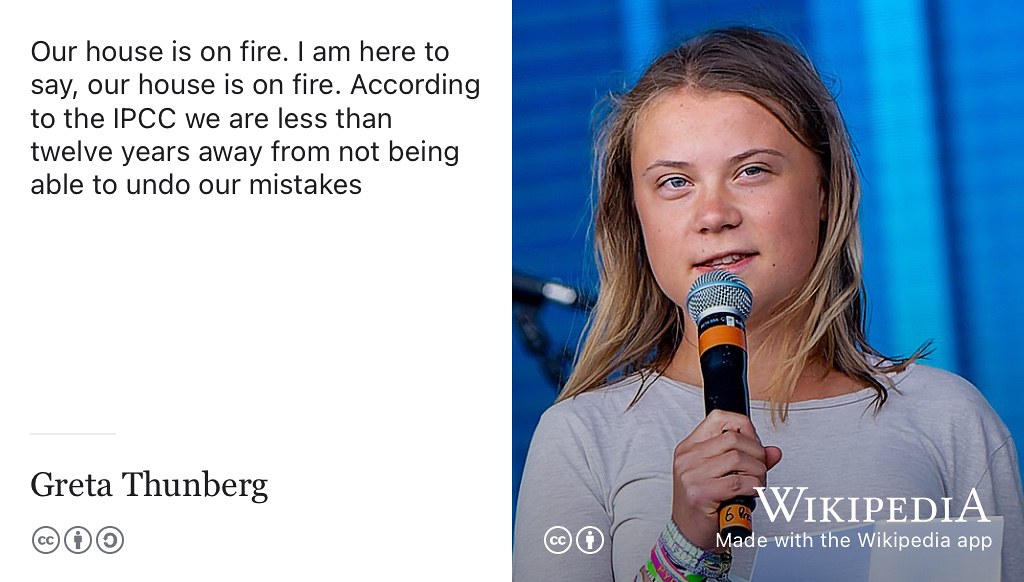 Figure 9.7: The overwhelming scientific consensus is that our climate is changing much more rapidly than we’d like. According to the Intergovernmental Panel on Climate Change (IPCC) we are less than (now nine) years away from not being able to undo our mistakes. As Greta Thunberg put it, our house is on fire. (Thunberg 2019) How can computing address this, and other global grand challenges that the human race faces in the 21st century? CC BY portrait of Greta Thunberg speaking at Glastonbury Festival of Contemporary Performing Arts in 2022 by Ralph_PH on Wikimedia Commons w.wiki/5sEK adapted using the Wikipedia App

How can computing be an ethical force for change that improves the lives people everywhere, not just those that are lucky enough to be on the wealthier side of the digital divide?

Here are some examples to get you started: 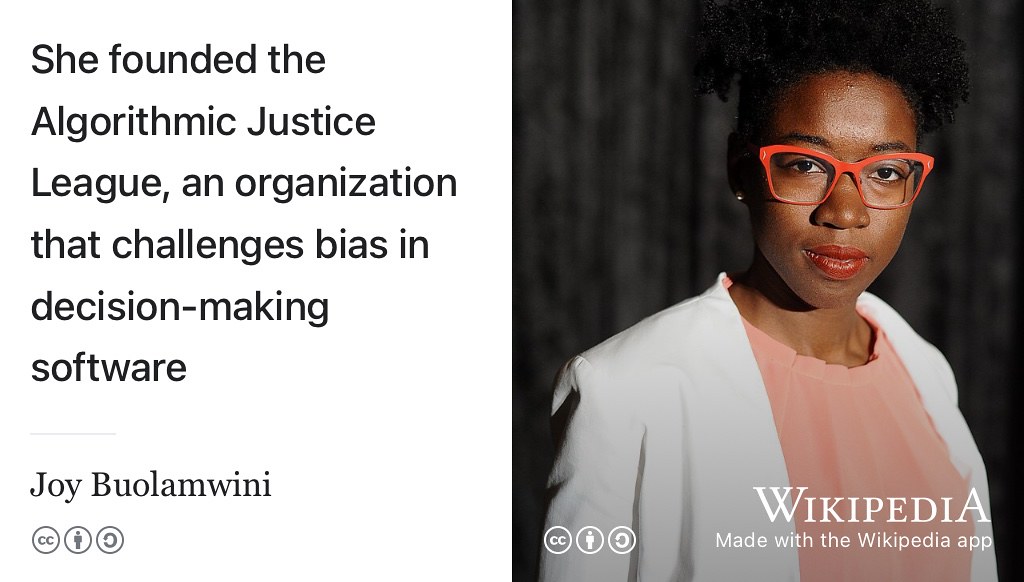 How will you use your superpowers of computing we mentioned in section 4.3 to make the world a better place?

Once you’ve thought about these questions, you stand a much better chance of working out if a given employer is a good match for you. So do you have to sell your soul as shown in figure 9.9? It depends on what you value and if an employer shares those values with you.

Figure 9.9: Here’s a dilemma: Do you need to sell your soul to your employer? If so, how much can you get for it? What percentage stake of your soul will they ask for and how much are you willing to give? How do your values align with those of your employer? Soul selling dialog box sketch by Visual Thinkery is licensed under CC-BY-ND 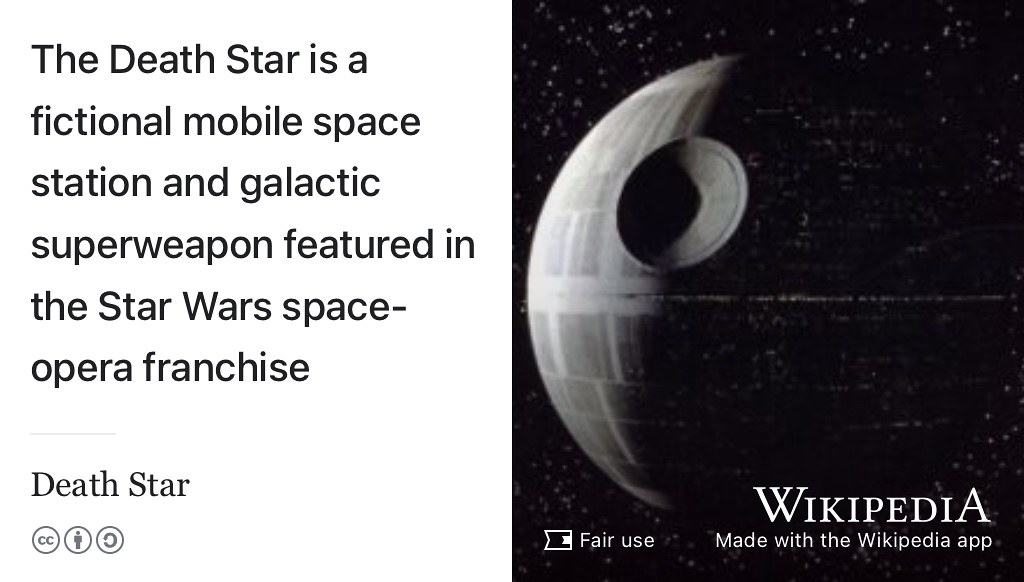 Figure 9.10: Just like the Death Star, this book is under construction. As of 24 November, 2022 this book is an estimated 37% complete. Image of agile weapon engineering in Star Wars via Wikimedia Commons w.wiki/5N6q adapted using the Wikipedia app